I Hate Christmas Music – Except for Bob Dylan’s Christmas in t ... 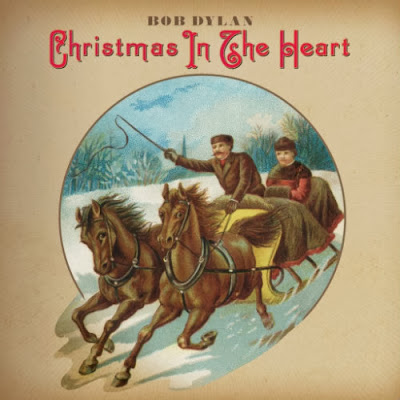 It’s that time of year again where Christmas music is inescapable. If you’ve put on Sunny 99.1 lately you won’t be hearing the tuneful melodies of soft rock icons like Phil Collins or Michael Bolton. Instead, you’ll be hearing the wretched tones of “You’re a Mean One, Mr. Grinch!” or “Baby, It’s Cold Outside.”
That’s right. Wretched tones. I’m calling Christmas music out because frankly it sucks. I’m not convinced a legitimately great, or really even good, Christmas song has ever been written, and I grow more sure of this every insufferable year.
There is, however, one man who managed to inject enough whimsy, enough wackiness, and enough self-effacing ridiculousness into Christmas music to make it bearable: Bob Dylan, whose own Christmas in the Heart should set the tone for any and all Christmas music written in the future. 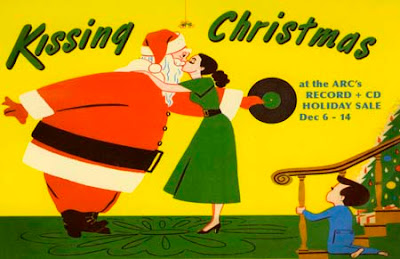 Before I discuss the particular virtues of Mr. Zimmerman’s take on the genre, I suppose I should expound on why I hate our current Christmas catalog so much. Take Thurl Ravenscroft’s aforementioned “You’re a Mean One, Mr. Grinch!” This one really sticks in my craw. Not only is Ravenscroft’s Boris Karloff impression about as aurally pleasing as a jackhammer, the song is repetitive to the point that it feels endless.
At least that one is supposed to be somewhat funny. There’s a whole class of Christmas song that wants to be reverent and lush, but is instead so self-serious that it deserves an award for pretentiousness. I know we’re supposed to remember the reason for the season, but the overtly Jesus-y songs actually just funnier than the ones that are intentionally humorous. If I hear one more dramatic recitation of “Silent Night,” I’ll probably just start giggling so hysterically they’ll put me in a institution.
Then there’s the ones that are intended to be humorous but totally aren’t like “Baby, It’s Cold Outside” or “I Saw Mommy Kissing Santa Claus.” Did anyone find these songs endearing when they came out? No. No one did. And over 50 years later, they’re still just about as hilarious as Christmas with the Kranks. 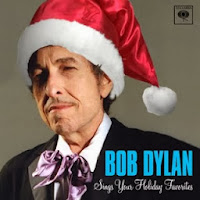 You know how Christmas songs can be funny? If they’re rasped by a 70 year old smoker over polka beats. That’s right, we’ve come back around to the Bob Dylan record. Yeah, Christmas in the Heart mostly treads the same ground as most Christmas albums, with the exception of “Must Be Santa,” but Dylan isn’t even pretentious about it when he gets serious. His version of “Do You Hear What I Hear?” for instance injects a necessary egg nog loaded absurdity into it to revitalize the awful Christmas classic residing beneath the performance.
If you ever wanted a bar band from NOLA to perform Christmas songs, merry Christmas. Bob Dylan got you this gift.
How can others learn from the master to make Christmas less shitty for the rest of us? First off, move on from the “classics.” Yeah, even Bob did some standards, but who else is out there doing renditions of “Must Be Santa” or even “Christmas Island?” Fuck “O Holy Night,” give me something I haven’t heard a billion times by a billion singers.
Second, start writing better jokes about Christmas. At this point I’d prefer some Andrew Dice Clay limericks to the poor tired gags of “Grandma Got Run Over by a Reindeer.” It’s not that the Diceman’s filthy nursery rhymes are actually funny, they’re just better than the crap we’re spoonfed every holiday season.
Third and lastly, write your own damn Christmas songs. Sure, it’s easy to record yet another boring rendition of the same ones we’ve heard a million times, but nobody cares about your take on this particular Christmas song, okay? Make your cashgrabs on a lame greatest hits collection or a boxset and leave Christmas out of it. Even Jesus doesn’t want to hear another Christmas record by a pop singer.
If you have to sing about the holidays, write your own words about them. Make your own entry into the pantheon. Hey, maybe you’ll establish a legacy of your own. And maybe we’ll never have to hear another person sing “Jingle Bells” again. It’s played out. Make your own mark.
Corey Deiterman is a freelance writer from Austin, Texas, who contributes to Riff ‘N Ralk Music Tock, the Houston Press, the Village Voice, and the Riverfront Times.
Share