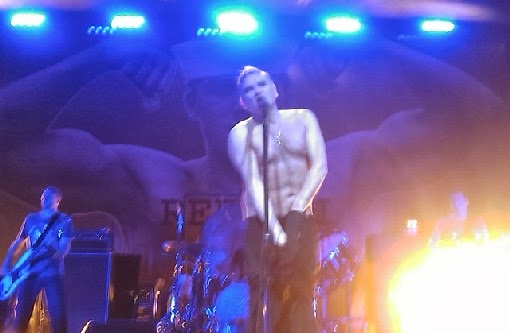 Recently I took a look at some of the finest writers in rock. Artists like Leonard Cohen, Lee Ranaldo, and Nick Cave have been producing quality fiction and poetry for years and could almost be as well known for that side-career as their amazing musical output. But in researching those musician-authors, a lot of other names came to mind who maybe aren’t such prolific, famous, or even, well, good writers.

Oh, I’m not saying all these are bad. But there’s a reason they didn’t quit their day job and there’s a reason you probably haven’t heard about their forays into the written word before. That being said, there’s a good chance some of you out there might be interested in checking these out regardless of their quality. If you’re anything like me, the very fact that these books are obscure and of possibly poor quality will make you want to hunt them down. So let’s take a look, shall we? 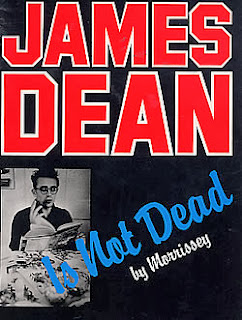 Known at the time as “Steve Morrissey” (it sounds so weird with such a generic first name!), Moz was actually a writer first and a singer second. Depending on your opinion of what his breathy, heavily accented voice brought to the table, you may wish he had stayed that way. Especially if you’re Bradford Cox.
Regardless, Morrissey got through three books before the Smiths even formed. Two of them, New York Dolls and James Dean is Not Dead, were published in 1981 and 1983 respectively. His first book, Exit Smiling, was finally printed in 1998. They all focused on some object of affection of Moz’s and today even he has admitted extreme embarrassment over James Dean is Not Dead in particular. He is still working on a very long autobiography however. 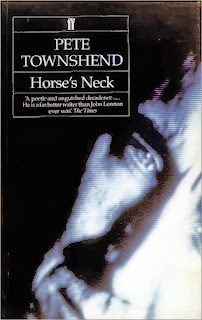 Pete Townshend is known as fairly good with a pen, admired for his lyrical epics and rock operas. You’d think that would be conducive to a great literary career as well. Unfortunately, however, Townshend’s first love is music. He’s written many books, including The Story of Tommy and The Who’s Tommy, but they’ve mostly served as non-fiction accounts of his creative process and experience.
His forays into fiction have been scattered and usually stolen away from a musical of some sort. Ray High and the Glass Householdwas a book he was working on, but it ended up being savaged for his Psychoderelict album. Even The Boy Who Heard Music, which was published on Townshend’s website chapter-by-chapter, ended up being used for a musical. His one work wholly separate from music remains Horse’s Neck, an obscure and somewhat well-received collection of short stories published in the mid-’80s. 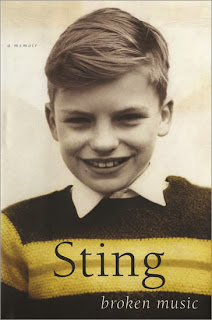 Rock star bios are all the rage lately and why not? Rock stars typically lead interesting lives. I mean, even if you don’t care a lick for Motley Crue, their autobiographies are still pretty interesting because they did so many crazy things back in the hard living days of sex, drugs, and rock ‘n’ roll.
Sting though? Eh, not so much. Sting definitely rocked in the Police, but he’s not exactly a hard living kind of dude. He’s also pretentious as all get out, which means that anything he writes is probably going to be a pretty turgid read. Couple that with his pretty uninspired lyrics over the years, and you’ve got a recipe for a disaster. Enter Broken Music, his autobiography, which is apparently exactly as hilarious and ridiculous as you would expect, at least according to this Guardian review/rewrite of it. 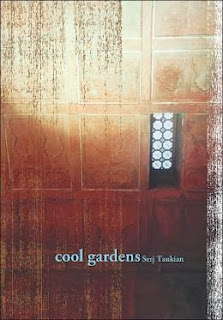 In 2001, at the height of System of a Down’s popularity following the release of their landmark record Toxicity, MTV’s book division jumped on the chance to release some poetry from SoaD front man Serj Tankian. Always outspoken, Tankian of course jumped at the chance.
And hey! Apparently this one, titled Cool Gardens, actually isn’t bad. Even though it was clearly a marketing scheme, as any book published by an imprint of MTV would have to be, it earned some distinct critical praise for Tankian’s poetic voice. In particular, acclaimed poet and musician Saul Williams, who also took advantage of MTV Books to get some of his great poetry out there, lauded Cool Gardens. Tankian released a sequel ten years later called Glaring Through Oblivion. 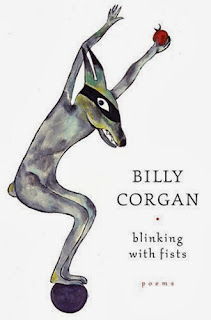 Everyone knows Billy Corgan is insane and completely self-obsessed and just doesn’t give a flying fuck anymore (which is why I love him). This, of course, makes him the perfect candidate for a celebrity poetry collection. Released in 2004, Blinking with Fists is apparently something akin to Jewel’s poetry outing, A Night Without Armor, except somehow even more pretentious and pointless.
And oh boy, this one was so bad that Corgan’s fame couldn’t even bolster it. When it was released, it only made it to #24 on the New York Times Bestsellers list. For context, even Jewel’s book went to #6. Corgan has never since returned to the poetry world, saving all his gems for new Smashing Pumpkins albums and wrestling commercials.
Share